Regarded as one of the most striking faces on African television...

…and considered a media darling, Pearl Thusi has become a sought after personality, just as her priceless namesake suggests.

Born and bred in Durban, with a passion for the entertainment industry, Pearl continues with determination to make her mark in the industry that she loves.

Pearl’s career began in her early school days participating in pageants in her her “township” of kwaNdengezi, KwaZulu Natal in South Africa- where she got her taste of being star on the humble stages and in front of cameras in her community. In high school, she continued pursuing the only door she could access to enter the industry- Modeling. She clinched titles as Miss KZN 2005, and First Runner-up in Miss SA Teen in 2003 to name a few.

Pearl has had a highly successful modeling career nationally, appearing in adverts for the biggest brands on the continent. As her name and fame grew, her modeling career began to evolve into the star we know today. She attributes all the basic foundation of modeling, and lessons she learnt to modeling as it provided the all important stepping stones that helped build her career as we know it today.

Her experience as a model came in handy in gracing the most memorable covers of the most high profile magazines including City Press’ iMag, Blaque, Gaschette, Destiny Hair, Bona Magazine, True Love, Dossier, Elle, Cosmopolitan, Grazia and numerous editorials on some of these titles.

Her career to date spans across several genres and she has been recognised in different categories of awards as one of South Africa’s favorite personalities.

Nominated for  Best Actress in a Supporting role at the SAFTAs for her role as Samkelisiwe on ZONE 14 , the YOU Spectacular most stylish female celebrity and best female host/presenter. Voted one of the Coolest Female Celebrities at the Sunday Times Generation Next Awards in 2015, selected as one of Glamour Magazines Most GLAMOURous Women, and the Feather Awards once hailed her the Fag Hag of the year. Most recently awarded Coolest Female Personality by the Sunday Times Generation Next Awards.

The Inaugural Rapid Lion Film Festival nominated her best Actress for her captivating performance in Kalushi: The story of Solomon Mahlangu. 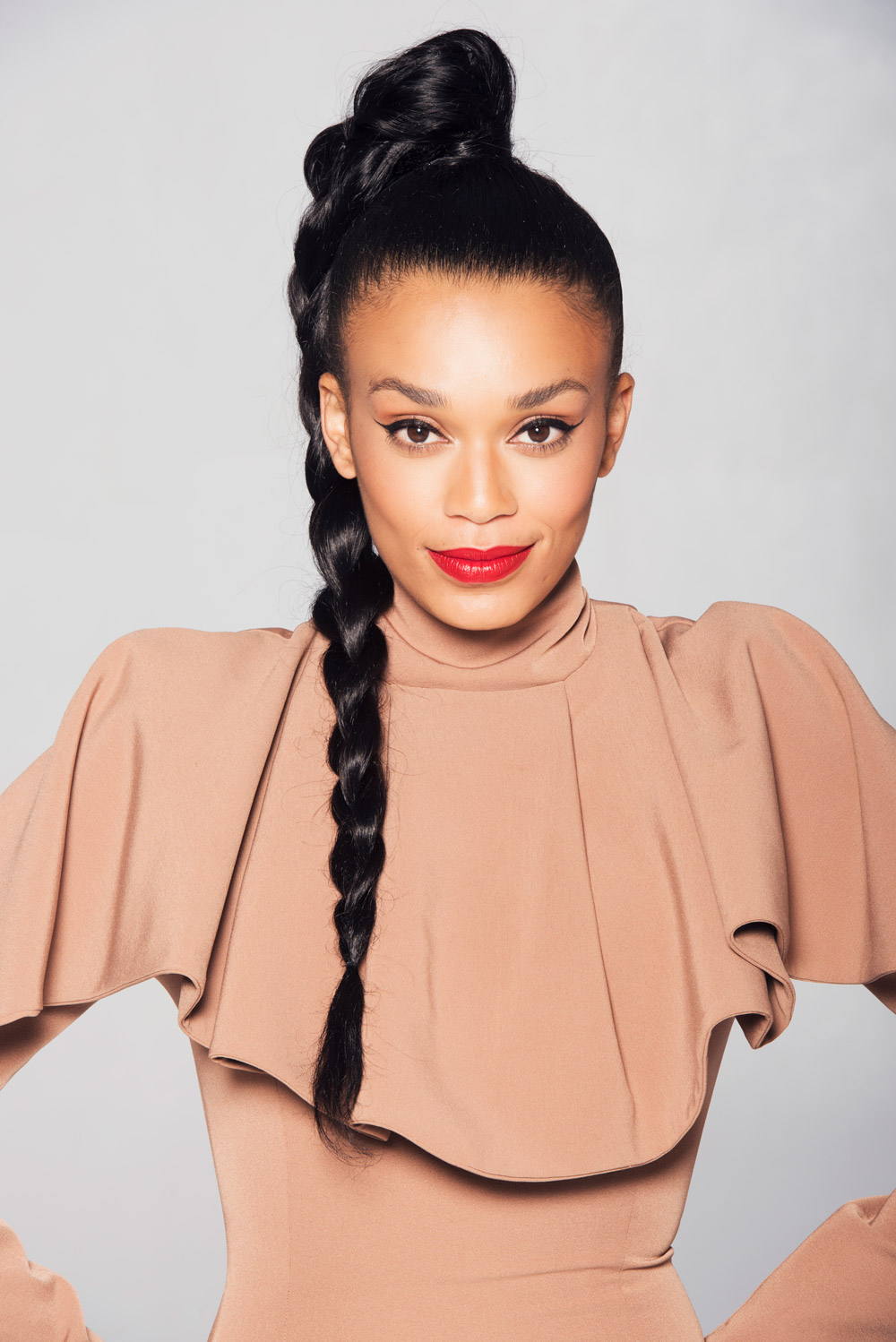 Her personality just draws you in which is why, as a TV/Radio host & MC Pearl has done so well.

Her first on-screen job was as a host on iCrew, a live show on SABC3. Then as her broadcasting career grew she continued modeling & pursuing her dream of acting on what were some of her favourite shows growing up- she earned a reputation of being one the hardest working on screen personalities in the country.

As a host, she entertained audiences on The Real Goboza before she moved on to South Africa’s biggest music show, LiveAmp, while, simultaneously doing Tropika Island of Treasure 5, which was shot in Jamaica, as a contestant and was later asked to host the 6th iseason of the show as the host in Mauritius.

When you’ve conquered all you can in South Africa, you broaden your horizons. Pearl moved on from LiveAmp to host Moments : South Africa, A talk show broadcasting on Ebonylife TV and the very popular Lip Sync Battle Africa on MTV and eTV. Continental offerings she is very proud of. She has since had to move on from Moments in her quest to conquer the world with Quantico and is currently residing between South Africa and USA (New York)

Her TV career catapulted a Radio career that quickly blossomed as fans woke up in the early hours to be entertained by her friend & mentor  “The Real Phat Joe” and Pearl on Saturday breakfast between 05:00 and 09:00. Ever the perfectionist and hard worker, Pearl felt she needed to earn her stripes on radio she took an opening on a graveyard slot between 01:00 and 03:00 The Black Out on Sundays to hone her individual Radio charisma. Both shows were a great success. 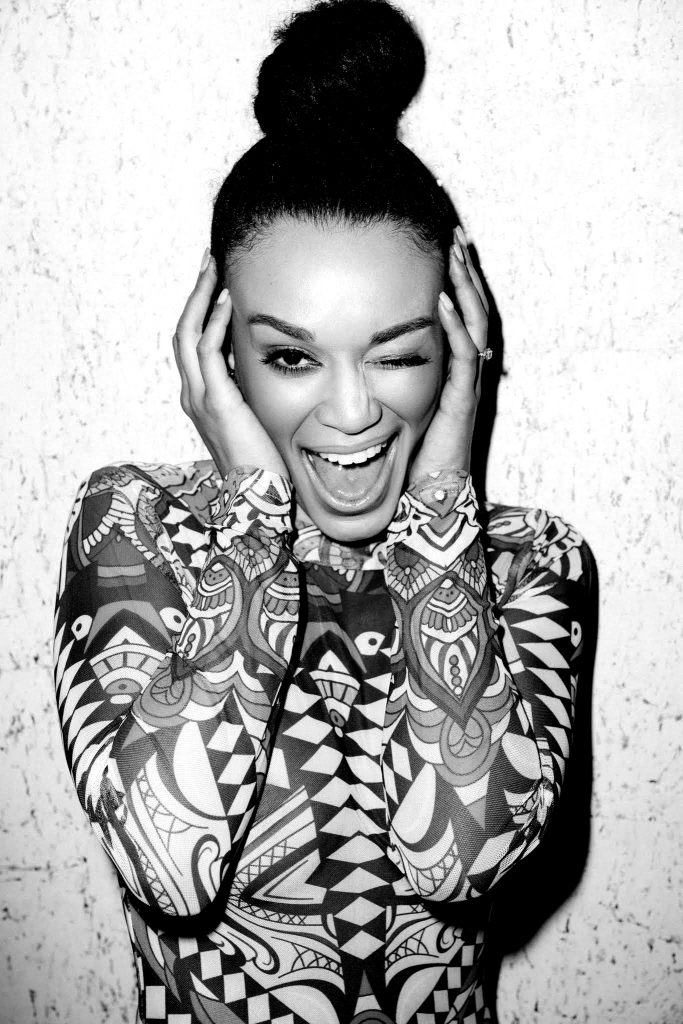 A mother, successful business women and vivacious entertainer, this rare jewel is showing women what it means to juggle multiple roles and how to do so successfully!

Having completed a Start-up Venture Course at WITS Business School, she knows what it takes to do so as the co-owner of Black Pearl Hair Care Collection in collaboration with Afro-botanics, the line has been a tremendous success & continues to expand its horizons heading into more territories across the country and continent as Pearl continues to keep her entrepreneurial spirit and zest for success alive!

To Pearl, all this success is nothing without all those who make it worth it in her life. Her family, friends and fans.

Of-course, of all her the things that matter to her- none are more important than her young daughter, Thando.  Pearl attributes all her determination not just for the love and passion for her work- but also to live by example to inspire her daughter to chase her dreams without holding anything back.
She is currently writing a book sharing her experiences as a young single mother navigating her way through life as a young career woman in efforts to inspire and educate mothers around the country.

Pearls biggest dream? To leave this earth taking nothing, no dreams or hopes, to take with her to the grave that were meant to stay behind. Every dream, every act of kindness, every laugh and all else that was meant to make the world a better place.

To conquer all her hopes, dreams and even fears, and inspire other to do the same.

Remember to just be you. Don’t expect everyone to understand.